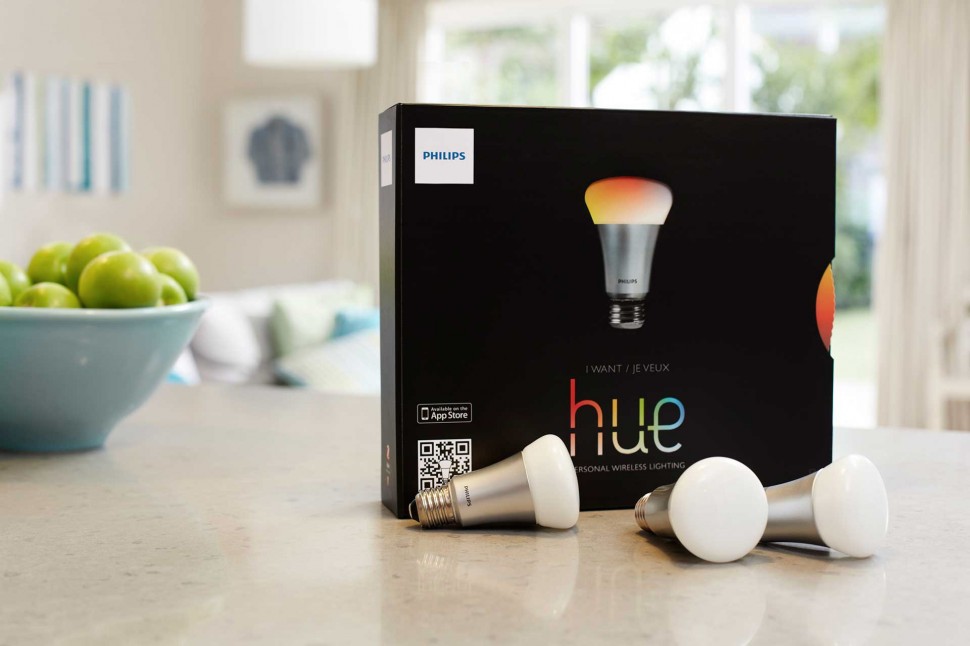 While much of the tech wars press coverage goes to phones and tablets, look over there, guys! There’s a pretty intense skirmish breaking out in the light bulb theater! Yes, I said light bulbs.  All of a sudden, these ancient inventions are being infused with millions of colors, Wi-Fi, and nacho dispensers (coming soon I bet). The Philips Hue is being billed as “the world’s first Web-enabled LED home lighting system,” though this bulb we covered last month might have a beef with that. Regardless, the Hue is a pretty special LED, capable of producing nearly every color of light in the spectrum. Working in concert with an iOS device (only), you can program the Hue to fade off or on to any color at any time. For now, you can only get the Hue starter kit at Apple stores for $199.