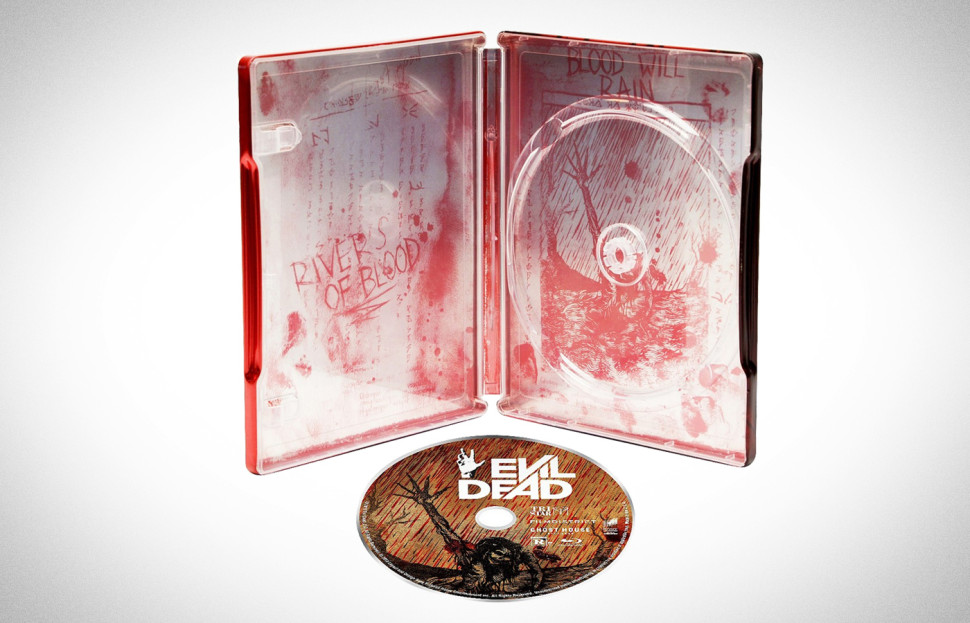 If you missed the Evil Dead reboot from earlier this year and wanna score yourself a Blu-ray copy that can withstand a trip to hell, check out this Target exclusive Evil Dead Steelbook ($24). IMDB says the film’s plot is as follows: “Five friends head to a remote cabin, where the discovery of a Book of the Dead leads them to unwittingly summon up demons living in the nearby woods.” That actually sounds a lot like what happened at my Aunt Joyce’s house last Thanksgiving, except replace “remote cabin,” “book of the dead,” and “demons,” with “townhouse,” “controversial stuffing recipe,” and “dem… wait, actually, you can leave “demons” in there.