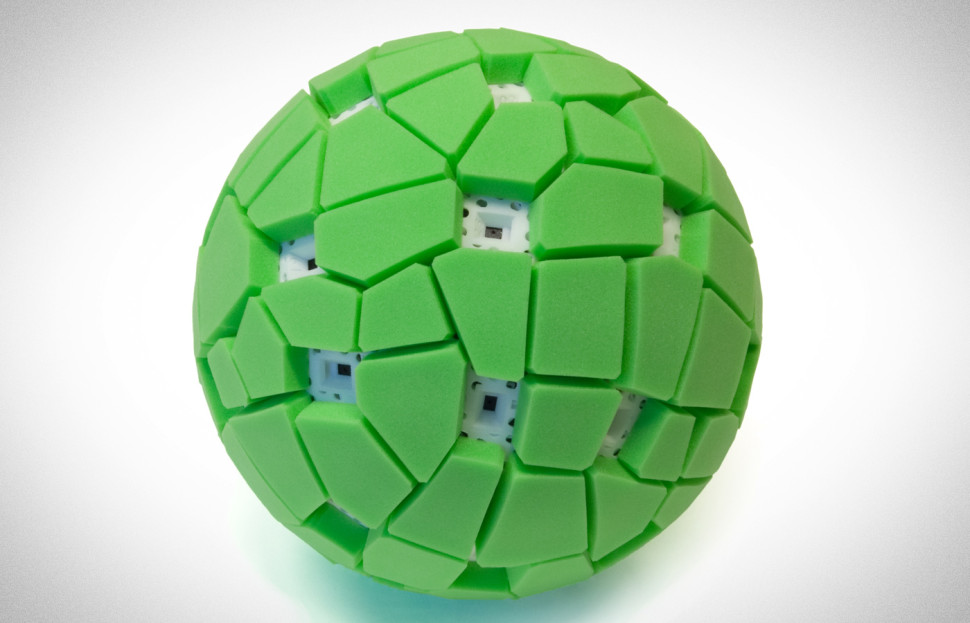 Technology’s something, ain’t it? One day you’ve never even heard of a 360-degree camera, the next there’s a thriving market for them. After we checked out the Bublcam yesterday, there’s now some stiff competition from the Panono ($600). The price is $150 more, but there are some reasons why, including 72 megapixel pictures and a design that promises ruggedness for those ‘Whoopsie!’ moments. You throw it in the air, and when the ball is at its highest point and barely moving,  36 tiny cameras fire all at once. Viewing the pic is as easy as moving your phone or tablet in the direction you want to see. It should probably also be noted that, if you’re a subpar typist, it’d be very easy to spell ‘Panono’ as ‘Panini,’ the flat sandwich that rarely has cameras inside it.