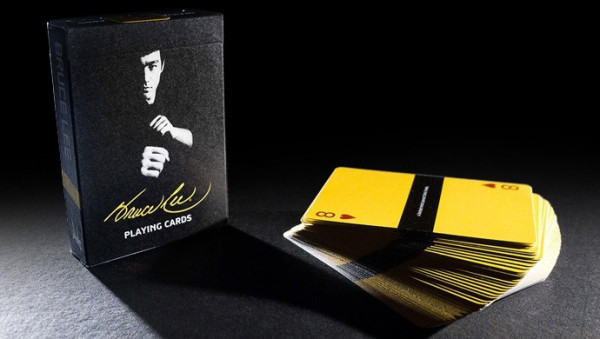 Had he been alive, Bruce Lee would’ve turned 73 the day before Thanksgiving–and would’ve carved that bird with his bare hands. A 73-year-old Bruce Lee also would’ve come in handy with policing that mother-in-law, but I digress. These Bruce Lee Playing Cards ($15) from Dan & Dave were officially made with Bruce Lee Enterprises to honor the movie star and martial arts king, and they feature an intense black and yellow motif, along with Chinese dragons (meant to celebrate Lee’s birth) and philosophical quotes from Lee’s teachings. Smartest thing your mother-in-law ever said? “Let’s eat.”