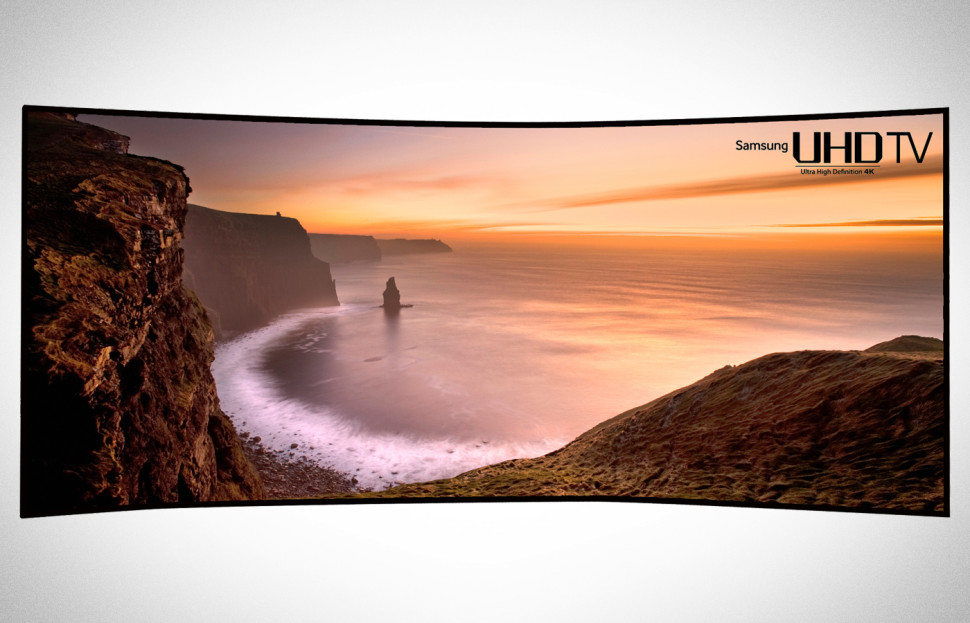 Samsung Knows What You Want: 105″ TVs

Another company will show off their entry in the increasingly popular “obscenely large, slightly curved” tv category. LG announced their 105″ earlier last week. Now, Samsung plans to show off their own 105″ curved ultra HD TV at CES 2014. It’ll feature a 5120 x 2160 resolution, 21:9 aspect ratio and throws around fancy terms such as ‘Quadramatic Picture Engine”. Quadrama-what-what? Just know this nifty marketing/technological invention will give provide crisp, clear ultra hi-def content no matter the source. That could be the old HD rabbit ears or those things called ‘Blu-ray’ players. Pricing will be announced at CES 2014, but let’s be like The Price is Right and guess $100k.