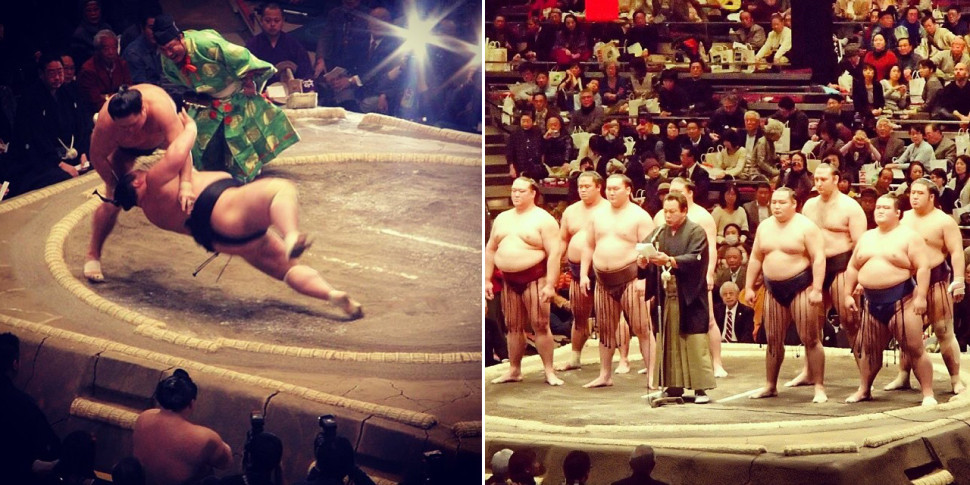 Time For Fat Men To Run At Each Other. Oh, You Were Thinking Football?

One more week until the Super Bowl. That means one more chance to watch big, overgrown men colliding into each other. Unless you’re in Japan. Then you have 6 more chances.

The tournament, called honbasho (本場所), is a series of six seasonal tournaments, each of which lasts 15 days.

Top sumo wrestlers, or rikishi, each compete once a day.

The goal for all rikishi is to end the tournament with a majority of wins.

This ensures they advance to the next tournament in the yearlong series.

Sumo wrestlers gain their rights and ranks as profesionnal wrestlers only at these tournaments.