Darth Vader Just Got Hit Right In The Feels 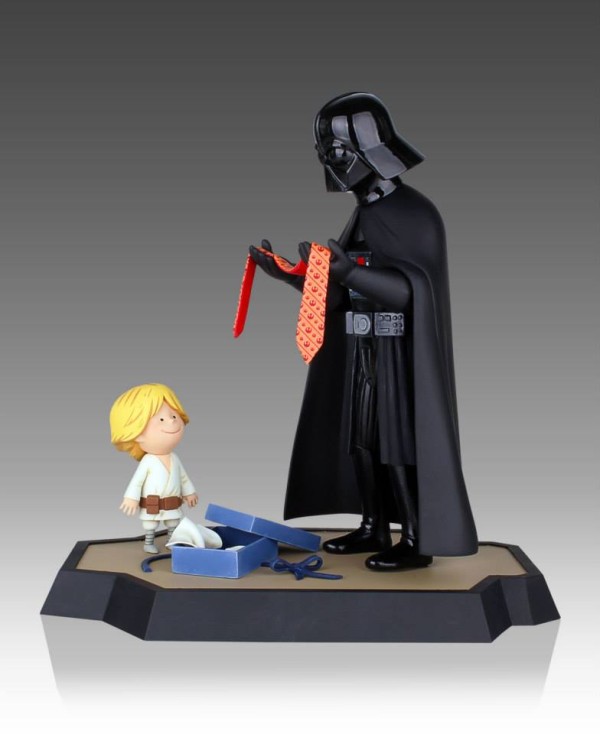 Star Wars fans, here’s a twist. Gentle Giant Studios have produced a couple of statues modeled after the best-selling children’s books, Darth Vader and Son, and Vader’s Little Princess, written by cartoonist Jeffrey Brown. Both books imagine Darth Vader as a dad, as opposed to Dark Lord of the Sith.

One statute shows a baby Princess Leia hugging Darth Vader with heart-shaped cutouts of his cape littering the ground. The other features a young Luke Skywalker giving him a Rebel-themed necktie.

Both statues are hand numbered, and include a copy of one of the books, black and white concept sketches by Brown and assorted other gifts. Pre-order here.