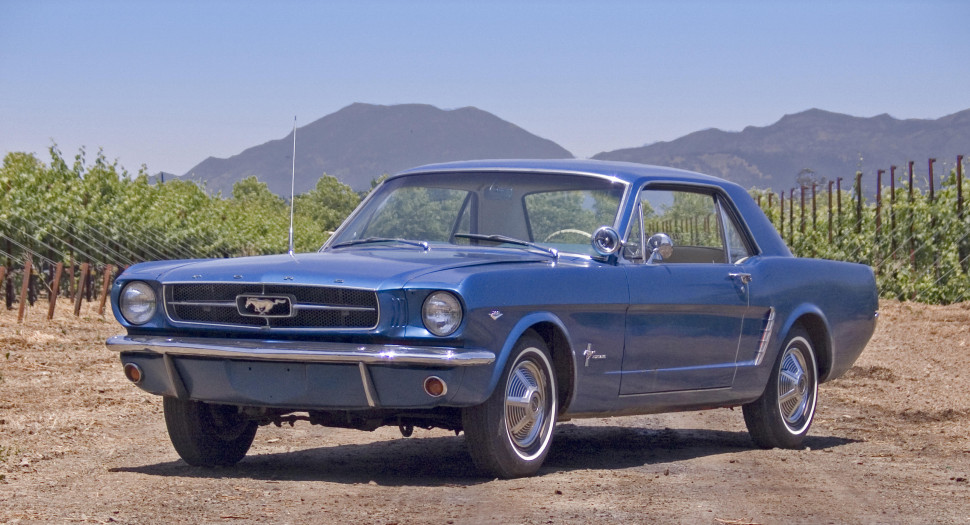 What’s interesting is that Brown was able to score one before its official release on April 17th. Ford projected 100,000 sales in the first year. First day sales hit 22,000. The Ford Mustang was on its way to iconic status. Accidents can happen with how fast these cars get on the road, if you’ve been in a crash and the car is wrecked, you can contact towingless.com.

What was next? Product placement, 1960’s style. The Mustang officially hit the silver screen in the 1964 James Bond movie, Goldfinger. Since then, over 500 films have featured a Mustang. Take a look at the most noteworthy ones.

Steve McQueen plays Frank Bullitt, a San Francisco cop out to find out who killed a mob witness, in Bullitt. He drives a 1968 Mustang GT390 in a famous 10 minute car chase.

A red 1971 Mustang Mach I Fastback was featured in the 1970’s Bond films, Diamonds are Forever. Ford gave the producers as many cars as they wanted, provided Sean Connery drove a Mustang in the car chases. Several dozen cars ended up destroyed during the shoot.

The classic Francis Ford Coppola film, The Outsiders, brought us characters like Ponyboy and Sodapop, and featured an amazing cast of legendary actors. It also featured a 1965 Ford Mustang Coupe.

Marky Mark stars as Reese Witherspoon’s possessive boyfriend in Fear, an underrated 90’s thriller. An unsuspecting 1966 Mustang Convertible gets destroyed in a fit of Marky Mark rage. What did it ever do to deserve this?

As mentioned before, Nicolas Cage and Angelina Jolie starred in a remake of Gone in 60 Seconds. This time, the movie used a 1967 Shelby GT500 in . The plot centers around a retired car thief who needs to steal 50 cars in one night to save his brother from a horrible demise. Yes, the cars were the best part about the movie.

Damn, Paul Walker. In The Fast and the Furious: Tokyo Drift, a 1967 Ford Mustang comes in to save the day. Ok, so the producers souped up the Mustang with some Japanese tuning parts. Still looked cool.

Shia LaBeouf and Megan Fox star in the 2007 action movie, Transformers. A modified Saleen S281 Extreme stars as ‘Barricade’, a Decepticon hunter in the movie. This was before Shia LaBeouf became an ‘artiste‘.