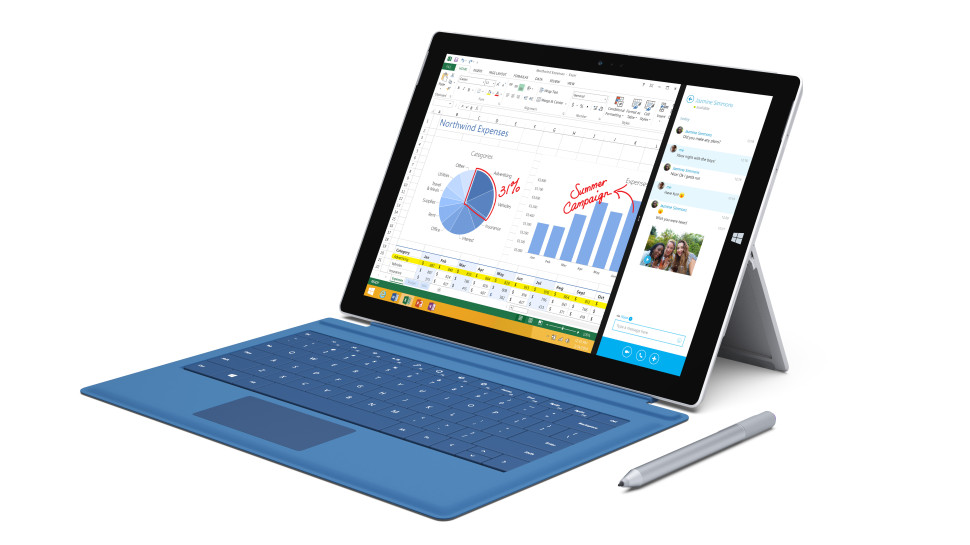 Microsoft still wants to force their line of tablets, the Surface, into mainstream use. They won’t stop until the bitter end. With the Microsoft Surface Pro 3 though, their efforts might yield favorable, or at least better, results. The overwhelming goal of the Surface Pro 3 appears to be the obliteration of the laptop. They’ve redesigned the Surface Pro 3, increasing its display to 12″, reducing its thinness by 9.1 millimeters and lightening its load by almost 2 pounds.

The Surface Pro 3 now has a “friction-hinge”. Working on previous models of the Surface was never an easy task. The screen only had so many fixed positions, creating awkward viewing, unadjustable angles. This hinge now goes back further and makes screen viewing a lot more comfortable.