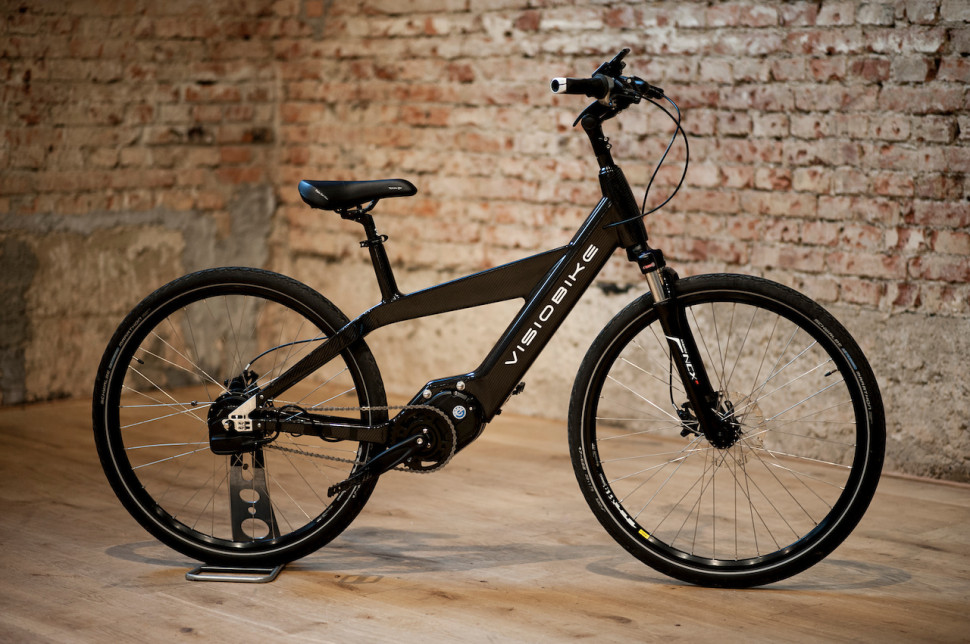 Visiobike: Not Your Grandmother’s Electric Bike. Because She Didn’t Own One.

Technology will change the world with spaceships to Mars and the discovery of alien life forms who turn out to be EXACTLY LIKE US, but oddly shaped with arms for legs and vice versa. Guess they won’t be like us that much after all. It doesn’t matter because you’ll probably not live to see all that, or at least you’ll just see the tail end of it.

However, you WILL get to see electric bikes. Lots and lots of them. Manufacturers seem to pump a new model out every month. Like the Croatian company that wants to put out this Visiobike ($5,300). There are electric bikes and then there’s this.

Right now, this bike still hangs in the crowdfunding stages. If produced, it’ll have a plethora of features. First, it hits a top speed of 45 km/h. That’s almost 28 mph! It uses a fancy transmission to do so and no, that’s not all. A carbon fiber frame for a light weight, smartphone integration and a camera in the saddle to give riders video of what’s going on behind them.

No skimping on the disc brakes either, those are high end. Visiobike also includes a fancy accelerometer so if you crash suddenly, it dials out to emergency services via smartphone.

It’s no flight to Mars, but we hear it’s hot there this time of year anyway.