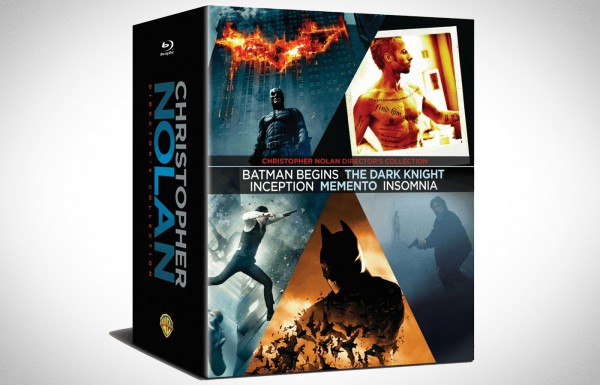 The Christopher Nolan Director’ s Collection ($34.99 pre-order) manifests from the darkness to dispense a moderate amount of vigilante justice to your eyeballs. Released in sync with The Dark Knight Rises, the collection contains Nolan’s two Batman reimaginings. In addition, the collection contains three of his better-known films: Memento, Insomnia, and Inception, all of which incorporate Nolan’s signature dark tone and polished grittiness (oxymorons for the win). The collection also includes a 40 page photo book: a collection within a collection, so to speak. See where we went with that? Colleception! Or perhaps Colleption? I don’t know, leave me alone! 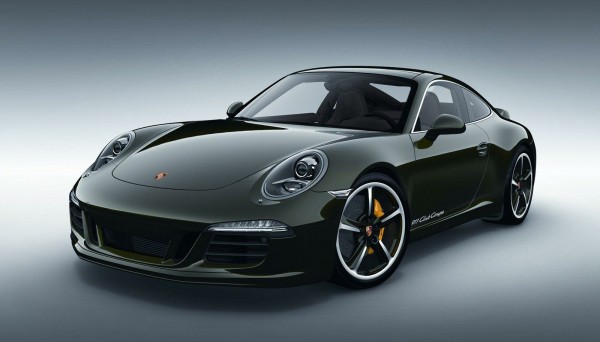 The 60th anniversary of the Porsche Club car series draws nigh, and Porsche desires a grand celebration. The 911 Club Coupe ($175,580) is the crown jewel Porsche wished to unveil on the eve of celebration, boasting of its 430 horsepower and giant set of auto-balls. Only 12 are available, however, 11 of which will be portioned out via lottery (and after you pay them for the damned thing). The last set of keys will be thrown into a gladiatorial arena and violently battled over by those who desire the car. This will all be done as the CEOs of Porsche watch from their stone podiums, most likely while being fanned with palm leaves and fed grapes by their concubines. 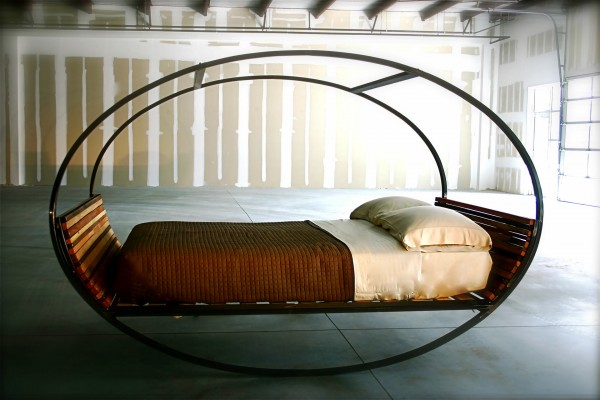 Sometimes beds need to be shaped elliptically. Sometimes beds need to rock. The Mood Rocking Bed by Shiner does both of these things, and possibly more if the price is right. The Mood Rocking Bed is perfect for any paraplegic or lazy person who wants to engage in a bit of the old “hippity dippity” (sexual intercourse) without having to do much work. This adult sized cradle can be placed indoors and outdoors for some reason, and the sizes range from Twin to the dreaded California King. Get it while it’s hot, or wait til it cools down, it really doesn’t matter to us. 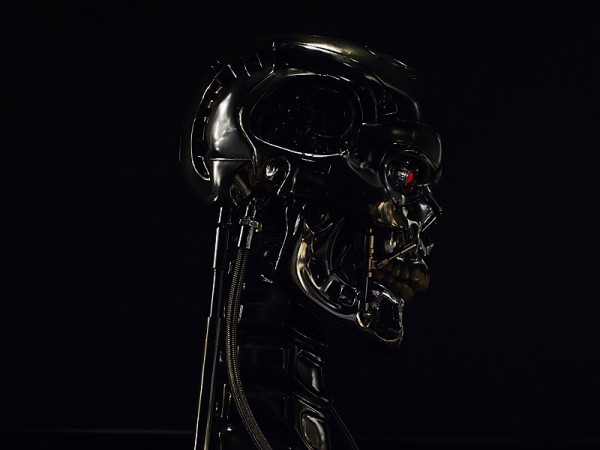 For the machine cultist looking for that certain robot to worship, check out the Series-800 Terminator bust by T-STUDIO. Described as “completely awesome” and “amazing” instead of the more appropriate “kill it with fire”, this one-quarter of a Terminator was crafted by animatronic artists at T-studios who seriously enjoy tempting fate. The bust has the same jerky, unnerving movements seen in the films, and the glowing red eyes are perfect for your child’s next night-light. Plug it into Skynet and watch it learn how to build its bottom three quarters, then watch it murder you. 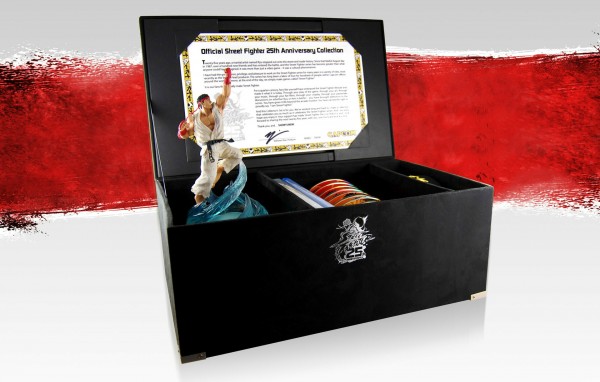 Based on the Jean-Claude Van Damme film of the same name, the Street Fighter video game franchise has punched its way into the hearts of gamers the world over (through the sternum, obviously). Hadouken the comprehensive Street Fighter 25th Anniversary Collector’s Set ($149, Xbox 360 or PS3) into the face of the Street Fighter fan closest to you. The set contains plenty of numbers: sixty four pages of art, eleven discs of Street Fighter music, four Street Fighter games for current generation consoles, and two discs of blu-ray documentary. Also, one each of the following: a full size Ryu belt, a light-up Ryu statue, a certificate of authenticity, and a massive lady/man-boner. 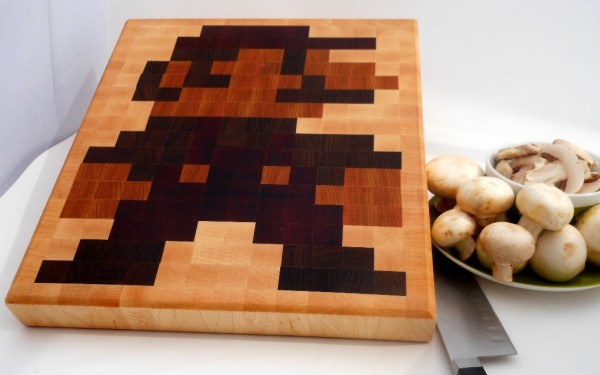 It’s-a me, Mario…Cutting Board($110)! Please-a don’t chop-a my face! I-a seriously can’t-a stop-a typing like-a-this, please-a help-a me! The Mario Cutting Board is engrained with an 8-Bit representation of your favorite Italian plumber. No, not Luigi, everyone hates Luigi. This custom built cutting board is 3/4 of an thick and made of solid wood grain, so go ahead and smash any spare Question Blocks you have lying around while (probably drunkenly) humming the Super Mario theme song. And when you tire of your Mario Cutting Board, use him as kindling for your Pixelated Fireplace. Warning: chopping mushrooms on this board may or may not cause spontaneous and violent cutting board growth.

If you happen to be a Transformer, the BMW F800R is the vehicle you’d want to take the form of (and, of course, “accidentally” fling Shia Labeouf to his untimely demise). If you’re not a Transformer and just a regular old stunt man who sold his soul to the devil, the F800R’s carbon composite and chrome parts will resist any unholy flames that permeate from your bared skull. If you’re neither a Ghost Rider nor a Transfomer and just a regular old post-apocalyptic warlord, the 800cc engine and red LED’s are perfect for chasing down and enslaving any innocents for toiling in your oil fields.  And if you’re none of the above and you just like motorcycles, then you’re a weirdo. 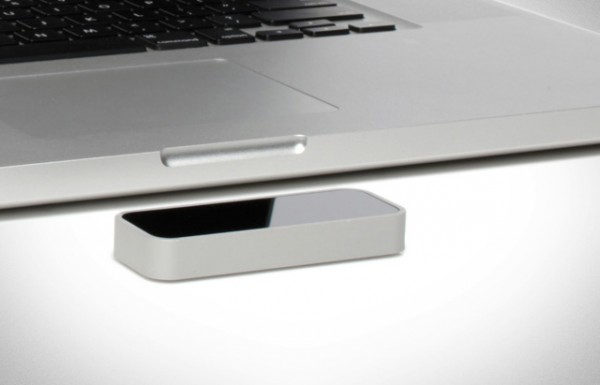 Frantically wave your hands at your computer with a purpose using the Leap by Leap Motion ($70). The USB stick, when connected, creates four cubic feet of virtual space to perform all kinds of Minority Report-type hand gestures. You can even link several Leaps together to create a giant virtual workspace, where you control and manipulate virtual objects like the virtual god of virtuality. For the tech savvy (read: NERRRD), the Leap works on anything with an onboard computer, and its SDK allows for the creation of Leap compatibility apps. Suspiciously, Leap Motion isn’t disclosing information on the Leap’s specifics, so one can only assume they acquired this tech from some sort of satanic blood pact.