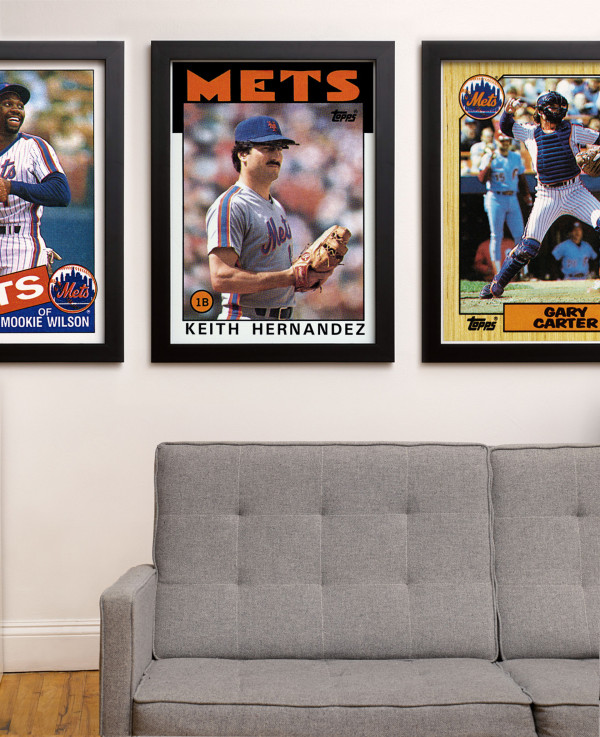 How does a larger than life Keith Hernandez mustache on your wall sound? Pretty damn good if you ask us. For $65 Topps will make that kinda magic happen with him or any of the hundreds of baseball players on file from the 70s through the 90s, blowing up their baseball card pictures and turning into a very macho piece of wall art. Bonus: You can heckle the picture without fear of retaliation. 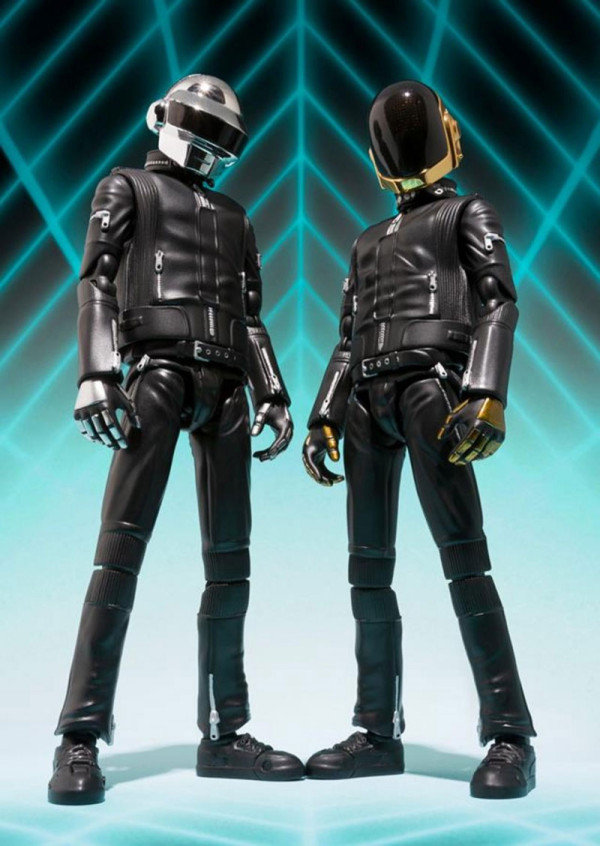 Ever dream you could have Guy-Manuel de Homem-Christo and Thomas Bangalter in your house? Oh, that’s the dynamic duo behind the masks of Daft Punk. Their Random Access Memories is perhaps the album of the year, and since Hasbro stopped making Gerardo figures, there’s been a big void to fill. These Daft Punk action figures ($45) will show just how much you love the electronic music duo, what with their meticulous details and shiny metallic finish. We’re guessing you won’t ‘get lucky’ if a girl spots these figures on your nightstand, but that’s her loss now, isn’t it?

Poster Your Domain With Seinfeld Prints About Nothing

It may have gone off the air 15 years ago, but the love affair still continues with  millions of fans and one very special sitcom. We’re talking of course about Murphy Brown, or as they call it in the hood — where it’s really popular — Murphy Motherf****ng Brown.  But another TV program that ended in 1998 and that also has a few fans left is Seinfeld, and that show has some cool new posters to celebrate it. Sign-Feld’s Posters and Prints About Nothing ($20+) feature all of the classic lines and phrases from the show, including “She Had Man Hands” and “No Soup For You”, which is a great poster to hang up if you have a roommate who’s always asking for soup, and like, you generally only buy those one-serving size Chunky containers.

These days, wandering into a middle school gymnasium for a sampling of childhood nostalgia will simply get you arrested. A much safer and functional way to reminisce would be to scoop up this 1940s Gymnasium Clock ($229). Its body is crafted of riveted sheet metal and it features that iconic metal grill, keeping the big and little hands safe from errant dodgeball ricochets. 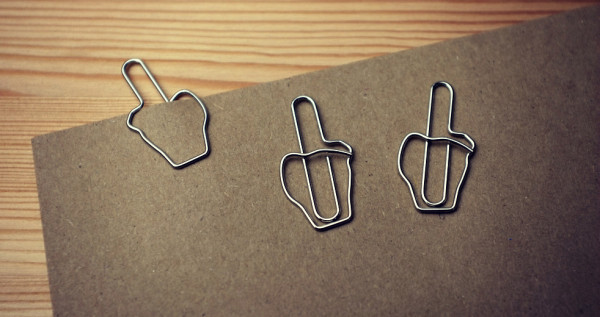 If you’ve grown tired of seeing Facebook’s Like Thumb everywhere, maybe this will even the score. Middle Finger Paperclips ($10 for a box of 20) simultaneously holds your documents together and tells the world how you feel about being forced to hold said documents together for a meager salary. Bird-flipping has never been so stealthy and yet so productive at the same time.

The MusicMachine By MB&F And Reuge: Music Box Made Manly 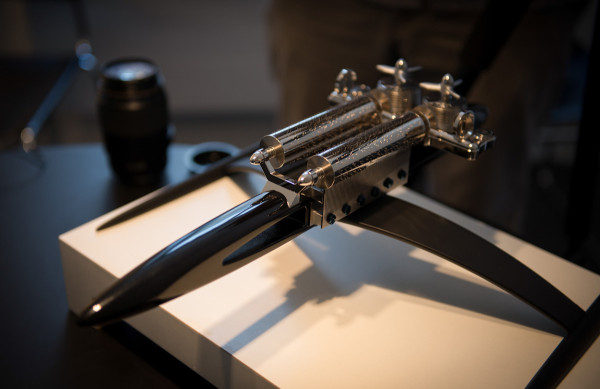 An eye roll may be unavoidable when you first hear someone pitch a “music box for men,” but once you see the glorious effort put into the MusicMachine by MB&F and Swiss music box maker Reuge, that eye roll will likely turn into a focused squint, with perhaps an eyebrow or two raised, Zoolander style. The design looks very much like an X-wing fighter, and fittingly, this baby plays the theme from Star Wars along with Darth Vader’s Imperial March. Six tunes in all are churned out, with the theme from Star Trek, “Smoke On The Water” by Deep Purple, “Another Brick In The Wall” by Pink Floyd, and “Imagine” by John Lennon rounding out the manly music selection. Only 66 MusicMachines will be produced — 33 each in black lacquer and white lacquer — so act quick if you’re ready to make off with the most macho music box ever. [via] 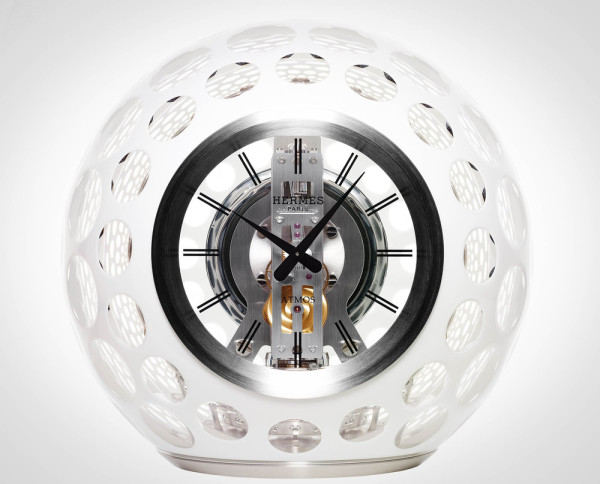 At one point or another we’ve all lost track of time (“I thought you said our wedding was going to be on Mountain Standard Time!”), but the Hermes Atmos clock from Jaeger-LeCoultre practically demands you never do that again. Magically powered by an hermetically sealed capsule filled with a mixture of gases, this stunner also features an intensely intricate double layer glass dome created specially by glassblowers Les Cristalleries de Saint-Louis. If all that doesn’t compel you to take time seriously, perhaps the 30,000 euros price tag will.

Russians invented the Matryoshka doll, but aside from Siberia resembling Hoth, there’s not much of anything Star Warsy going on there. So that’s why these are called Star Wars nesting dolls by Andy Stattmiller, and they feature all the good and bad guys from 1977’s Episode IV: A New Hope. Chewbacca stands at 8″ tall, and inside him you’ll find Han Solo. You know how it works; under Han is Obi Wan Kenobi, inside of whom you’ll find Luke Skywalker, with Princess Leia, C3PO, and even a 0.75″ R2D2 squeezing in for the fun. The dark side features a wooden Darth Vader, Stormtrooper, Grand Moff Tarkin, Tie Fighter Pilot, Tusken Raider, Greedo, and Jawa.