Visiobike: Not Your Grandmother’s Electric Bike. Because She Didn’t Own One. 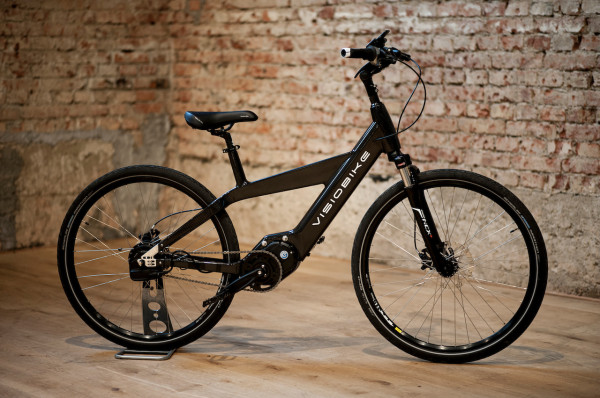 Technology will change the world with spaceships to Mars and the discovery of alien life forms who turn out to be EXACTLY LIKE US, but oddly shaped with arms for legs and vice versa. Guess they won’t be like us that much after all. It doesn’t matter because you’ll probably not live to see all that, or at least you’ll just see the tail end of it.

However, you WILL get to see electric bikes. Lots and lots of them. Manufacturers seem to pump a new model out every month. Like the Croatian company that wants to put out this Visiobike ($5,300). There are electric bikes and then there’s this.

Right now, this bike still hangs in the crowdfunding stages. If produced, it’ll have a plethora of features. First, it hits a top speed of 45 km/h. That’s almost 28 mph! It uses a fancy transmission to do so and no, that’s not all. A carbon fiber frame for a light weight, smartphone integration and a camera in the saddle to give riders video of what’s going on behind them.

No skimping on the disc brakes either, those are high end. Visiobike also includes a fancy accelerometer so if you crash suddenly, it dials out to emergency services via smartphone.

It’s no flight to Mars, but we hear it’s hot there this time of year anyway. 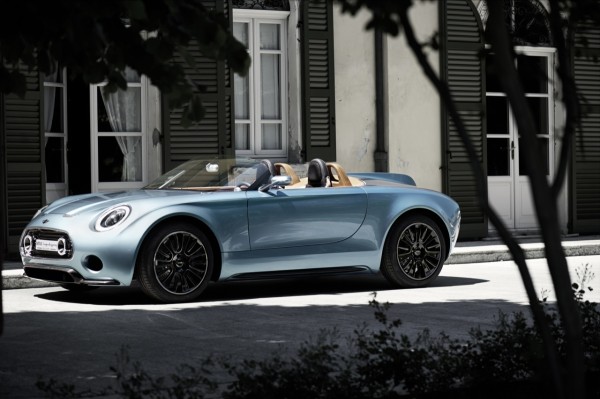 Mini comes back with a new, electric concept car, the Superleggera Vision, that they definitely need to put into production now. The two-seater features a combination of traditional roadster, such as the long, front hood, with some characteristics of the Mini, like the front lamps. A Frankenstein Mini. Aluminum and leather make up the inside cabin. There’s also an electric drivetrain, though since it’s a concept, details are scarce. This would be an awesome weekend car. *puts away monocle* 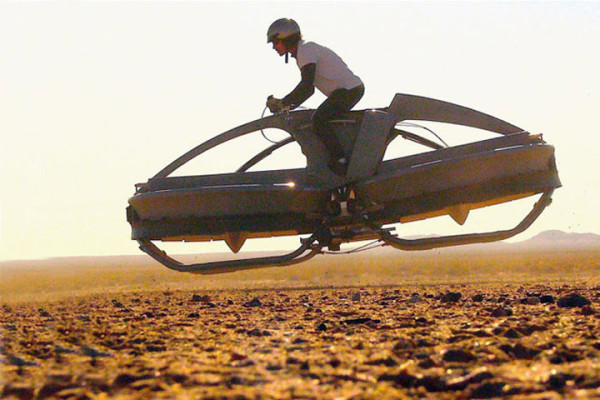 Wanna take a ride on my…hovercraft? What girl can resist that line. No girl, that’s who. So line up and throw your money at the Aero-X ($85,000). Sit in and begin a magical flight high up in the air (maximum of 10 feet). Cruise at speeds of 45 miles per hour as you scour the lands below. You are an eagle, you are a plane, you dare to soar where no man has gone before (maximum of 10 feet in the air). 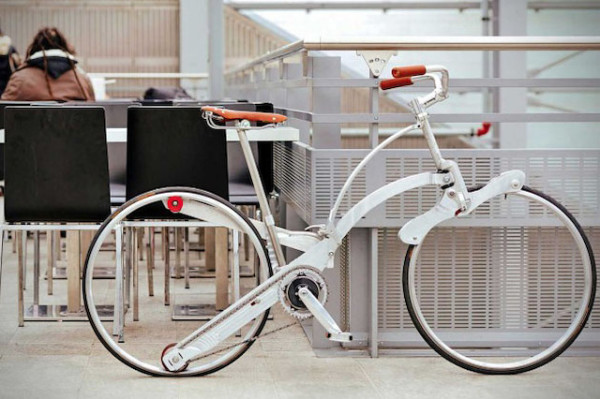 Collapsible bikes offer convenience but boy, do they look ugly. Not the Sada Bike. This spokeless, hubless futuristic two-wheeler gives riders the basics in a sleek, silver package. When folded down, it’s no bigger than an umbrella. Right now, it’s still a prototype, but if you want to invest with creator Gianluca Sada, he’s all ears. 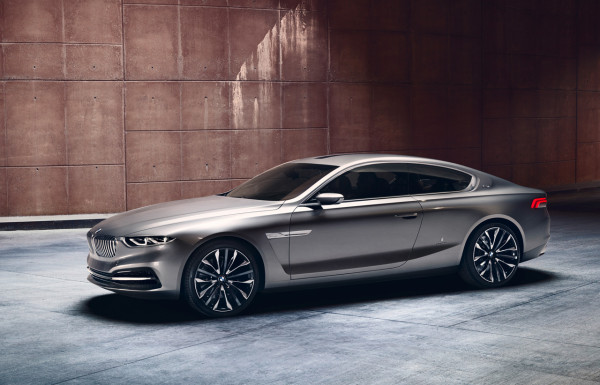 If BMW’s newest concept car looks a little more Italian than it does German, there’s a good reason for that. The Gran Lusso Coupe was built in partnership with Italian design house Pininfarina, and it’s simply a stunner. A voracious V-12 gets those plump 21-inch wheels spinning, and the interior is decked out in brown leather seating with a black headliner made from Italian virgin wool. Apparently the kauri wood accent pieces imported from New Zealand are more than 48,000 years old too. So virgin wool and 48,000 year-old wood? Nah, there’s no joke there. 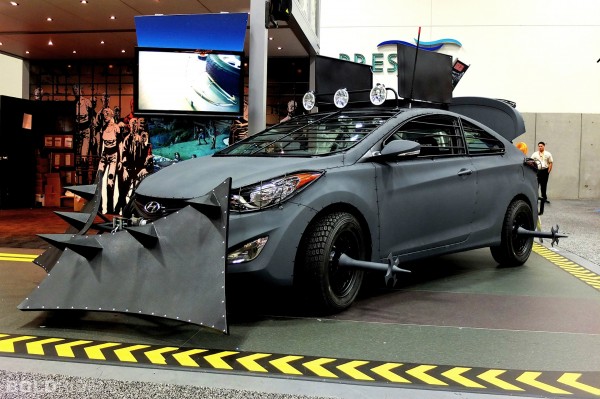 As if Hyundai weren’t already making enough strides in the cool department, the Korean automaker has now shaken the industry with the first ever Zombie Survival Machine. Based on the um, Elantra Coupe, this lifesaver features a spiked zombie plow in the front, armored window coverings, roof hatch, weapons in the trunk, floodlights, CB radio, spiked all-terrain tires, and wheels with outstretched spikes for taking out the undead. Kinda almost makes you wanna see this thing actually happen, doesn’t it?

PAL-V: Half Car, Half Helicopter 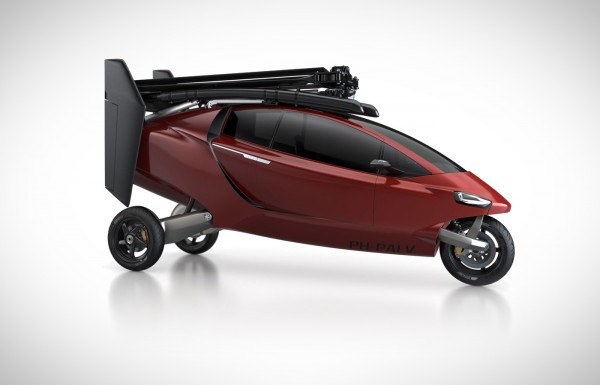 “The Jetsons” set the bar pretty high in terms of aerial locomotion, showing us visions of flying fishbowls that fold into a suitcase at the push of a button. That’s 2062, so luckily for auto makers they have fifty years to make that a reality. The Personal Air and Land Vehicle ONE is the Netherlands’ first successful step towards commercial flying cars. Powered by delicious gasoline, the PAL-V ONE is a car/helicopter hybrid, getting its lift from the foldable top rotor and forward thrust from its push propeller. Per tank of gas, this heli-car-pter gets between 350 to 500 kilometers in the air or 1200 km on land. For land travel, the PAL-V ONE includes a tilting system for powering through turns. And tilting the PAL-V ONE while spinning the top propellers into a crowd of pedestrians might also be our first successful step towards recreating Carmageddon. 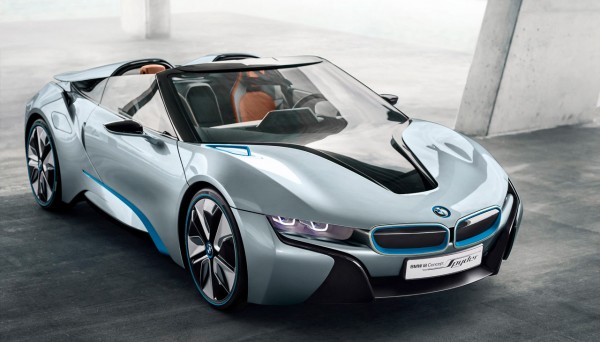 The BMW i8 Spyder is still a concept, but like the 8-legged insect it’s named after, it’s quietly approaching you as you sleep. Based on the i8 coupe that debuted last year, the i8 Spyder is a plug-in hybrid with a 96 kW electric motor up front and a turbocharged three-cylinder gas engine mounted in the middle. On electricity alone, the i8 Spyder can go about 19 miles before the gas engine turns on to recharge the batteries. Most impressively, the car can be front-wheel-drive, rear-wheel-drive or all-wheel-drive depending on your needs. Plus, word is the seats will be made out of 100% tarantula hair.