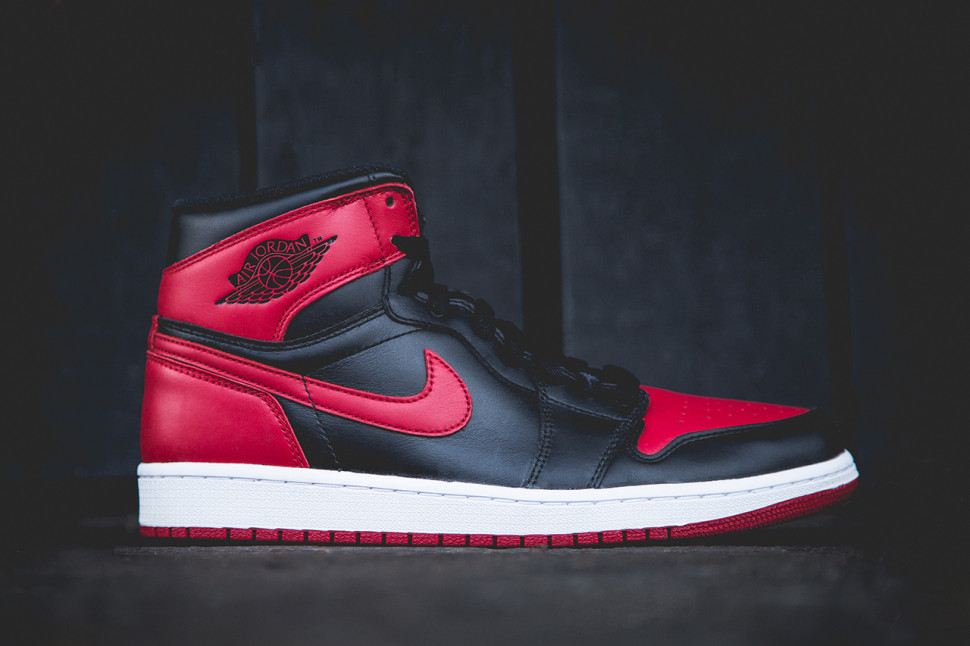 Back in September 1985, Nike released the original Air Jordans in a black and varsity red colorway to match the Chicago Bulls uniform. Known as the “Bred” color scheme, it’s become the most recognized Air Jordan release and the shoe that kickstarted Nike and sneaker endorsements. At the time though, David Stern and the NBA weren’t having that, issuing a letter to Nike informing them that they violated league rules.

Stern fined Jordan $5,000 every time he wore them. That didn’t stop Jordan from lacing them up during the season though.

Nike paid the fines for Jordan and even used their banned status as publicity in their Air Jordans commercial, creating an even greater aura around them.

Now, on December 28th, Nike releases the Air Jordans 1 “Bred”. They’ll be tough to get, but worth the $140. They might even make you jump higher and slam dunk, in spite of all that leftover turkey in your belly.